Anaheim flashback – a look at the history of Vans

Front’s relationship with Vans can be defined as long-lasting mutual affection. We participated in many of its events in the past, and it was the same in the case of the presentation of the Anaheim Factory Pack collection. After all, the history of the Vans brand dates back to 1966, when the first sneakers were manufactured in Anaheim, California. The small factory also housed a shop where the first models were sold. Vans wanted to commemorate this pioneering era with a collection inspired by the very sneakers which were created at the time. Of course, Front was also at this unique drop, and took charge of the production, installation and overall realisation of the presentation of this collection for Footshop and Vans in five premium locations in the Czech Republic.

PUMA FUTURE IS YOURS 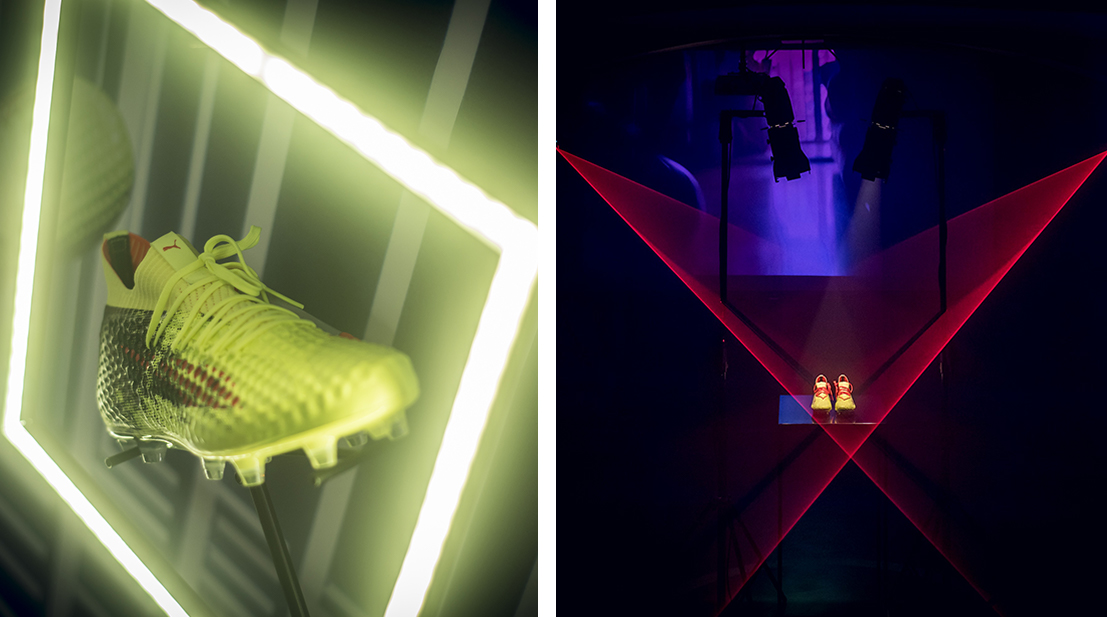 We understand sport well. Including football. When Puma came to the market with the revolutionary Puma Future football boot, we were there. We directed the complete creative design, production and subsequent realisation of the event, including laser gadgets imitating shoelaces – on whose flexible tying the entire shoe model is built – in space. Everyone, including the customer, was excited by the interactive and spectacularly conceived event. 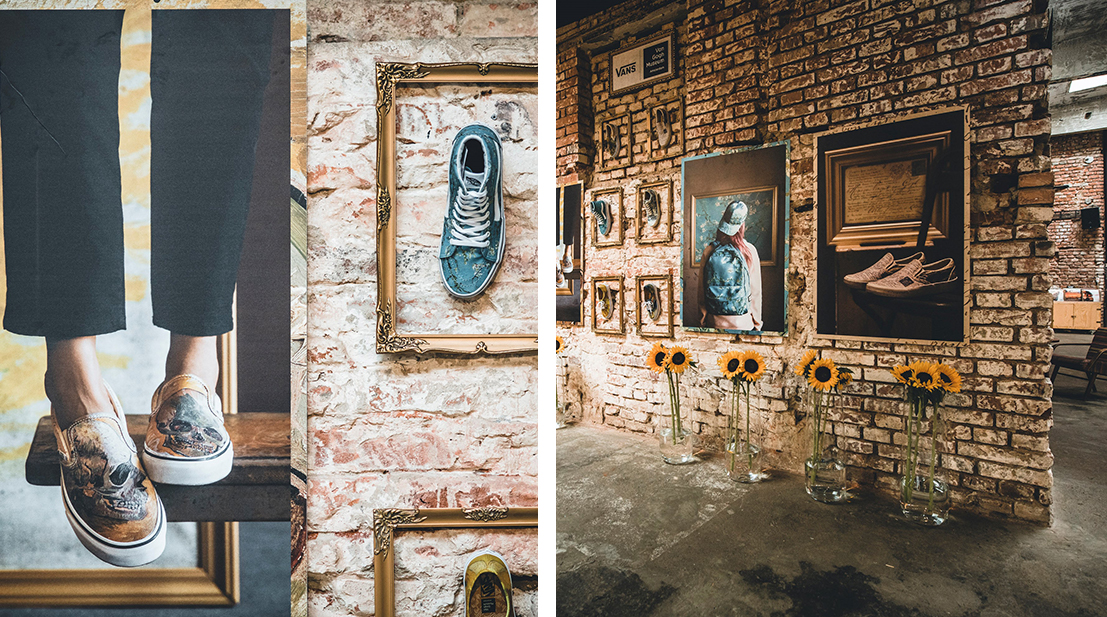 Vans combined with the Prague-based Footshop is a guarantee of creatively and daringly conceived events. When there’s a special limited edition involved, it’s usually us, Front, that they bring into the crew. This triangle works excellently, and it was the same case on the occasion of an exclusive collaboration inspired by the paintings of Dutch artist Van Gogh who, one hundred and thirty years after his death, is enjoying collaboration with a streetwear brand. Unheard of. Never before seen. The Amsterdam Museum joined forces with the Californian skateboard brand in an effort to create a commemorative clothing collection inspired by the leading impressionist’s most famous paintings, thereby introducing younger generations outside the gallery to his work. And once again we took responsibility for the complete premium installation in Footshop’s Prague store. 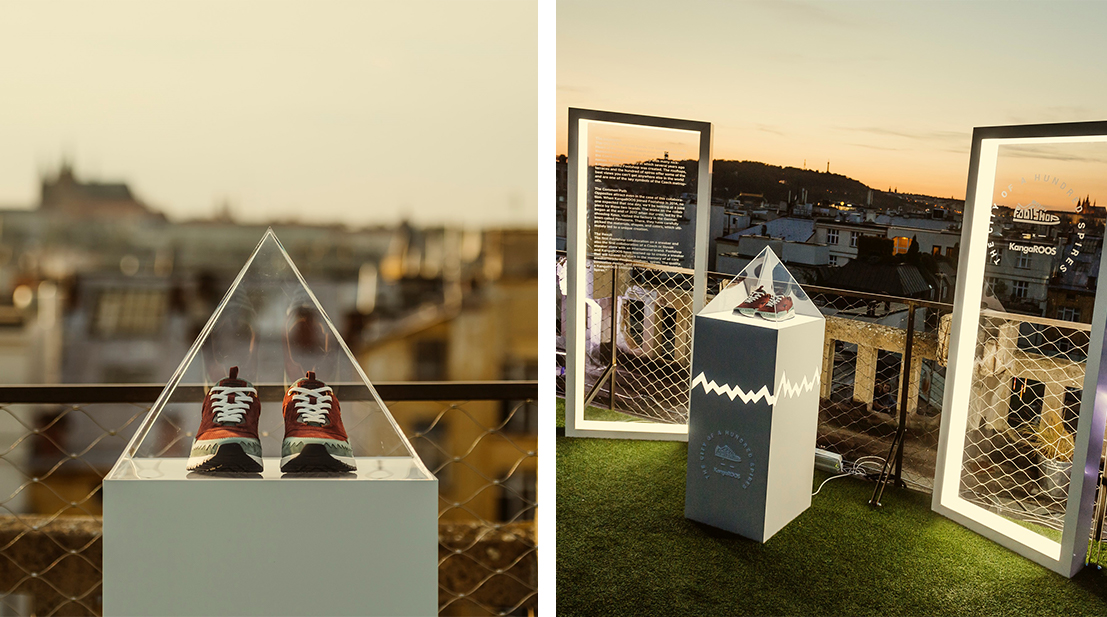 Front was also at the historically first worldwide collaboration between a Czechoslovak sneakers store and a large international brand. The sneaker, created by a collaboration between Footshop and the American company CangaROOS, is inspired by Prague, City of a Hundred Spires. Our task was creative design and production. Within this framework, we came up with illuminated Dibond bases combined with plexiglass, through which the Prague panorama was visible during the presentation of the product on the roof of the Lucerna Music Bar. We also triumphed with the limited boxes in which Footshop delivered the shoes, the beer mug bearing the collaboration logo, the guide to the Footshop crew’s favourite places, the dust bags for shoes and the tote bags for the special boxes. And the highlight of the whole collaboration was an exclusive event on the roof of the Lucerna Music Bar, which we also produced.

“WHEN A FRIDGE ISN’T A FRIDGE”

A so-called fake fridge, a frame which, when hung on a bar, gives an impression of a hanging fridge full of beer, was realised for Excelent. Or, thanks to animations, it can simulate an empty fridge with one last beer, or a non-functional fridge which just flashes. On this project, Front once again took charge of everything, from the initial concept, through the animation, to the resulting production and realisation. Just like previous projects, we also drew up the concept of the Jägermeister bar and took care of the production and execution, including the tailoring of the bar’s design to individual events, because every event requires an individual approach.

“a picture which breathes” 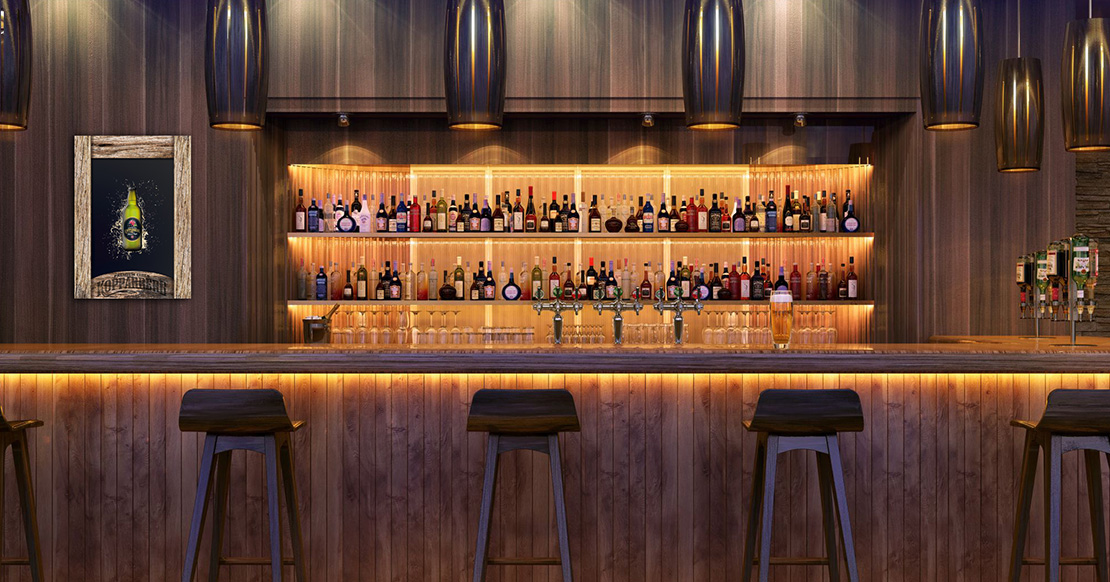